When to visit the Philippines?  That is the question we are most often asked.

The answer to this question varies depending on the month of the year and your interests.

Since the Philippines is an archipelago, its climate and the weather varies geographically from month to month.

The following are our suggestions for the best places to visit in the Philippines each month of the year.

January is the best time to visit the Philippines if you are into big and colorful festivals.  During this month, most celebrations in the country are religious and cultural in nature.  After the big New Year’s welcome, the next biggest event is the Feast of Black Nazarene in Quiapo, Manila every 9th of the month.  The procession, referred to as Traslación (transfer), is flocked by millions of devotees and can last more than 20 hours.  The other three popular events in January are celebrated in honor of Santo Niño (Child Jesus).  In the third week of the month, you can either be in Cebu for the Sinulog Festival or in Kalibo, Aklan for the Ati-Atihan Festival.  You can then fly to Iloilo for the Dinagyang Festival which takes place the last week of the month.  All three festivals are celebrated almost the same way, having similar activities including holy mass, procession, street dancing, tribal dances, music and food festivals, pageant, and many others.

Sometime between January and February, the Philippine International Hot Air Balloon Fiesta takes place in Clark Freeport Zone, Angeles, Pampanga.  This biggest and longest-running aviation sports event in the Philippines features not only hundreds of hot air balloons but also skydiving, flag jumps, remote-control airplane and helicopter flying exhibitions, aerobatics, and other equally interesting and thrilling events.  If you are in Iloilo for the Dinagyang Festival, you can stay longer and wait for Paraw Regatta Festival, the largest sailing event in the Philippines.  The event features a sailboat called Paraw, a Visayan double outrigger sailboat.  For the last month of February, you may want to be in Baguio City for the highlight of Panagbenga Festival (Flower Festival).

The country is gearing up for warmer temperatures during the month.  You may wish to remain in Baguio or travel further to Banaue to continuously enjoy colder temperature or make the most of the weather by exploring the thousands of islands and beaches spread throughout the country.  You can spend the whole month in Palawan exploring the magnificent beaches, rich marine life, and lush greenery of El Nido, Coron, and Puerto Princesa or the laid back vibe of Port Barton.

A View from Mt. Pulag

With the temperature getting warmer by the day, people continue to flock the beaches and other outdoor destinations and activities.  Bohol Island is known to have the best diving and snorkeling spots while Donsol, Sorsogon  is a great destination to see the gentle giant whale sharks.  If you can’t be near the sea, trekking or mountain climbing are equally interesting activities to enjoy during this month.  Mt. Pulag is a popular destination even to first-timers while Mt. Apo, the highest peak in the Philippines, is at the bucket list of probably every mountain-climbing enthusiast.

Boracay!  May is the best month to be in Boracay.  The biggest parties, particularly the famous LaBoracay, happens during the Labor Day weekend.  However, wild beach parties are no longer allowed and the number of tourists entering the island daily has been greatly decreased after its re-opening following its six-month closure in 2018.  Nevertheless, it’s still the most favorite destination of both local and foreign tourists during this time.

While some prefer to travel to weatherproof destinations or not travel at all since the weather can be unpredictable during this time, June is actually a good month to see the waterfalls.  As the season transitions from dry to rainy, waterfalls more likely have a lot of water and the surroundings more lush.  When talking about waterfalls, there’s no other place to be than Iligan, the City of Majestic Waterfalls.  Home to more than 28 waterfalls, this city in Northern Mindanao is definitely worth exploring.

The province of Bohol is a good choice during this month.  Bohol’s Sandugo Festival happens every 3rd or 4th week of July in Tagbilaran City, the capital of Bohol.  Aside from the grand festival which features street dancing, trade and food fairs, and concerts among others, Bohol is blessed with white sand beaches, interesting diving and snorkeling spots, caves, and of course, the famous Chocolate Hills which are starting to turn green after months of being brown caused by lack of rain.

Best to go to Davao in August to catch their Kadayawan Festival.  One of the most popular festivals in the country, this weeklong celebration takes place every third week of the month and features various activities including street dancing, live performances, and fairs.  If you’re not into such activities, you can explore several tourist attractions in Davao such as Eden Nature Park, Crocodile Farm, and Samal Island.

Rainy season is at its peak in September.  Sea travel may not always be comfortable due to rough seas but this month is a great month to go surfing in Siargao not only because the waves are usually high and strong.  Siargao Cup, an international surfing competition, is held during this month too.  Dubbed as the Surfing Capital of the Philippines, this little haven for both local and foreign surfers attracts non-surfers as well for its beaches, caves, and natural pools.

The neighboring places of Cagayan de Oro and Camiguin are great destinations in October.  Experience thrilling activities such as whitewater rafting, river tubing, zipline, kayaking, and paragliding in Cagayan de Oro.  In addition to being home to several adventure parks, Cagayan de Oro is also a gateway to smaller yet equally beautiful province, the island of Camiguin which is known for its islands, volcanoes, springs, waterfalls, and sunken cemetery.  The province’s Lanzones Festival also happens every October as it is in season during this month.

While some of the biggest typhoons in the country occur in November, Dumaguete City and Siquijor Island should be safe to visit during this month.  Known for Silliman University which is the first American university in Asia, Dumaguete is a favorite retirement destination among expats and a gateway to many natural attractions including Apo Island, Manjuyod Sandbar, Casaroro Falls, and the enchanting Siquijor Island.  Siquijor is home to a number of whitesand beaches, cliff diving spots, and cold springs.

Sandurot Festival is celebrated every second week of November in Dumaguete City.

The already bustling and crowded Manila comes even more alive as the holiday season approaches.  Most of the biggest establishments in the country’s capital have their own Christmas activities, shows, and displays that usually last the whole month of December.  SM Mall of Asia’s Grand Festival of Lights, the giant gingerbread at Okada Manila, Ayala Festival of Lights, and Tiendesita’s Christmas tunnel are some of the many attractions to feast your eyes into and feel the Christmas spirit in Manila.  In addition to that are the biggest Christmas sales, parties, and concerts that will surely make your Christmas experience in Manila an unforgettable one.  Just be prepared for road traffic as it is usually bad during the holidays. 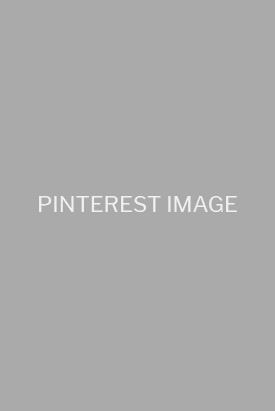