There are 68 airports that offer flights for passengers in the Philippines. The list below identifies these Philippine airports. Click the name of an airport to view detailed information about each airport. 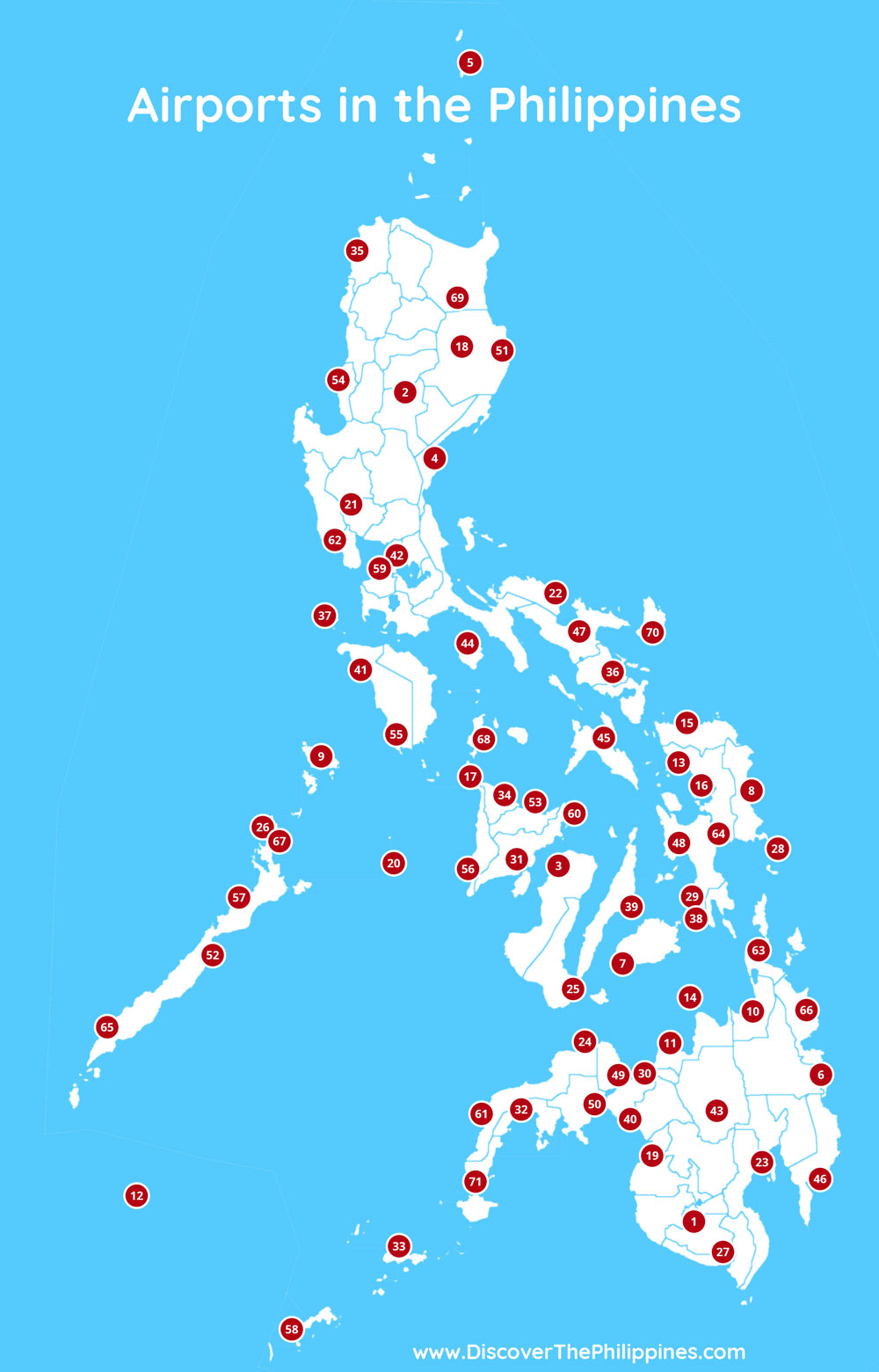 Regulation over airports and aviation in the Philippines lies with the Civil Aviation Authority of the Philippines (CAAP).  The following is CAAP’s classification system: